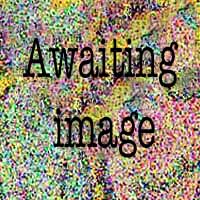 I’m not quite certain if I first heard, read or spontaneously thought of the phrase ‘creative constipation’, but over the years I’ve made it my own. Often, when I first use it as a possible explanation for a feeling people are trying to express, it is greeted with a smile or chuckle before, on reflection, it begins to reveal its more serious nature in the therapy space.

The UK government reports that the creative industries are worth £84.1 billion a year to the UK economy, generating nearly £9.6 million an hour. Indeed, these have been a growth area of the UK economy as a whole: in 2014, they grew at almost double the rate of the rest of the economy.

While creative activity can be profitable, most people, at some point in time, decide they aren’t actually creative. Sometimes that moment of ‘discovery’ is quite clearly remembered. ‘My music teacher communicated to me that I was welcome to sing in the choir, just not on performance night’; ‘Our art teacher was a sarcastic man; he suggested to me that while the naive style was practised by many artists, first they had to learn to make it look like the thing they were drawing and then unlearn the rules. I never tried to draw again.’

While being creative is rightly connected with the arts, I tend to see it as a much wider human activity. Indeed, I’d boldly state that to be human is to be creative. While artists, musicians and actors are the creatives we think of most readily, teachers, builders and engineers, for example, can be hugely creative in all their various forms.

Creativity is an experimental activity. Small children do it naturally, acting out roles and bringing life to inanimate objects. But the socialisation processes of modern society, in the home, in educational settings, rarely stop to focus on the development and enhancement of the creative process. (I’m reminded of the lyrics of Harry Chapin’s ‘Flowers are Red‘.) And there begins the long constipating process. Life, vitality, energy, spontaneity can all begin to sludge up in our system when we abandon or refuse to see the creative spirit in human activity. When it gets really bad, even sex itself, the ultimate creative expression of human beings, can suffer.

Rather than a neat conclusion to this blog I thought I’d end this post with a challenge. How have you been creative this week?

Why not visit my therapy website – therapy-space – where you can contact me or find further information about the therapies I provide for women, men and couples.