On breaking resolutions and getting things fixed 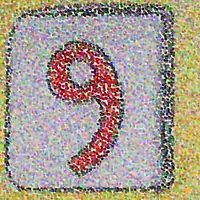 Blue Monday – apparently the most depressing day of the year – has now passed and, according to many reports, three-quarters of those who made New Year’s resolutions have already not seen them through. In fact, badly made plans start to fall apart as early as the ninth day of the New Year and 35 per cent of people break their resolution before the month is out.

Since most therapists (myself included) work with addictions at some level or other, the start of the year brings to our practices some people who already feel pretty deflated by their own effort to control negative life habits. This is a pity, since it’s often not the person’s willpower or discipline that is at fault but the way in which they planned to make their change.

Many people don’t understand how to successfully make changes in their lives and so tend towards ‘over-commitment’ when they undertake those changes. Connectedly, if you try to make too many alterations at the same time, you tend to make a successful outcome harder to achieve.

Evidence from many sources, including my own practice, suggests that making change in life is more easily achieved when you make a proper plan to achieve it. If you simply make up your plans on the spot, there is a much greater chance you will miss the detailed planning that goes along with effective change. (I guess you might already be able to see why deciding to finally give up something on the last strokes of midnight on December 31 often fails so quickly.)

It can also be quite difficult, if you are on your own during the process, to not only make changes but also retain motivation. Sharing your goals with someone, even a therapist, will likely help you to stick to the change. Effectively, when you talk through your ideas for change with someone else you begin to form a contract with yourself. In the 14 years I’ve been involved in helping people to make changes, a well-formed contract has often made the difference between success and failure.

Finally, we tend to underestimate how long it takes to change a habit. According to research conducted at University College London (see Phillippa Lally), it takes a sobering 66 days for simple new habits (such as eating fruit daily or jogging) to become automatic – although individuals range wildly in their abilities, taking anywhere between 18 and 245 days to affect the changes).